When Bennie Cassara first set foot on this mountain top retreat he knew this was the place for which he had been looking. Dad a brick mason by trade was busy running his masonry construction company in Orange County, California, but he was looking for a place where he and his family could get away from the daily grind. That was April of 1981; in the years following the family utilized the property located just three hours north of their home in Long Beach as a weekend retreat. In 1984, construction started on the main house, a magnificent structure built surrounding a huge brick fireplace, which supports the roof of the great room.

It was in 1992 when the first vines were planted on the tiny hilltop estate. Dad chose Pinot Noir grapes at the urging of his friend Brian Babcock of the Babcock Winery. Brian told Dad that his property with its hillside exposure would be the perfect growing environment for Pinot Noir grapes, this varietal is grown on hillsides in France. Brian knew the combination of warm days and cool foggy nights would be perfect. It took several years and a great deal of work before the first grapes were ready for market. The first wine produced from the vineyard was actually made in 1995. We made the equivalent of about one gallon of wine. Bennie Cassara, Brian Babcock and I stood in the lab at Babcock Winery and tasted the fruits of the harvest. Brian then knew a world class Pinot Noir could be produced from the grapes in this vineyard. In 1996 there was enough of a harvest for Casa Cassara to sell the grapes and Brian Babcock purchased them to create a vineyard designate wine, named Babcock Winery Pinot Noir from Casa Cassara Vineyards. From the harvest of little more than one-half ton of grapes Brian produced 25 cases of wine.

At Casa Cassara Winery and Vineyard we keep striving to bring to market a world class Pinot Noir. The Vineyard is located in the heart of the Sta. Rita Hills Appellation, standing at the highest point of the vineyard you see many of the major grape producing areas of this appellation. Construction of the winery building began in 2000. We were very excited about the prospect of producing a truly estate grown, vinted and bottled wine brandishing the Casa Cassara name. In the mean time, we continued our collaboration with Andy Kahn. For the 2000 vintage we produced two wines, a Pinot Noir from the grapes grown on our property, and a Chardonnay from sourced grapes.

The 2000 Pinot Noir with a production run of 400 cases was released in September 2002.This release subsequently won a Bronze Medal at the San Francisco Chronicle Wine Competition in March 2003. We were very excited about this wine, and decided our main focus will be to concentrate on producing the finest Pinot Noir in the Sta. Rita Hills Appellation. The 2001 vintage included two vineyard designate Pinot Noirs and one Syrah. The first Pinot Noir was from our vineyard, the second Pinot Noir was from a small vineyard named Burning Creek Vineyard. The Syrah was a phenomenal wine from the Great Oaks Vineyard. All three wines were released in conjunction with the Santa Barbara County Vintners Festival on April 12, 2003. The 2001 vintage proved to be our best overall. As the brand grew over the next few years we made some changes and we have made some other varietals like Chardonnay, Sauvignon Blanc, Pinot Grigio, Riesling, Merlot and even a Cabernet Sauvignon. Our main focus always remained on Pinot Noir and Syrah. Over the years we have tried several different marketing plans and had our wines in many different wine shops and restaurants; and finally, in 2007 we opened The Casa Cassara Tasting Room in Buellton. Since then we have concentrated our efforts on selling all of our wines through our Tasting Room and our online store.

After many years of running Casa Cassara Winery & Vineyard from Southern California, my wife Bridget and I decided it was time to move to the Santa Ynez Valley and start living the dream. About the same time after five years in Buellton we made a decision to re-locate our Tasting Room, so in February 2012 we leased space at 1607 Mission Dr. in Solvang, after several months of work we finally opened in July. The move to Solvang has been a good one for us. Within eight months of our opening Bridget decided that we needed to brighten up the colors in the Tasting Room and open the front directly to Mission Drive, so the bay windows were removed and a set of double doors were put in their place, the inside of the Tasting Room was given a fresh coat of brightly colored paint, and we got some new artwork to cover the walls. The redesigned Tasting Room is more enticing, our goal is to make you feel at home like you were sitting in our living room drinking wine with us. Most days you would find Bridget or I wine behind the bar.

Next on our agenda was the task of finding a new winemaker, I have to say that we were very lucky to find and hire Kyle Knapp as our winemaker. Kyle is a local boy who grew up in Lompoc and spent his time surfing the local beaches. You can see the story of his encounter with a shark at Surf Beach documented on Shark Week. Kyle learned his trade by working at local wineries as well as wineries in Australia and New Zealand while he was chasing waves. He worked full time for Beckman Vineyards, produced his own wines under the Press Gang Cellars label and still found time to make Casa Cassara Wines. Besides our flagship Estate Grown Pinot Noir and regulars like Syrah, Sauvignon Blanc, Chardonnay and Sam’s Dago Red (named in honor of my Grandfather), we added Grenache, Tempranillo and Roussanne to our repertoire. We have also added a brandy to our repertoire, with the help of our friends at Ascendant Spirits in Buellton. 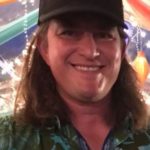 There is one thing that is constant in our journey and that is change. Kyle Knapp got an exceptional offer to go to work for Stolpman Vineyards running their winery in Lompoc. However, before Kyle left us he was instrumental in putting Casa Cassara Winery & Vineyards in the very capable hands of Mikael Sigouin who owns Kaena Wine. Mikael took over prior to the 2016 harvest and has been making our wines since, as an interesting side note, Mikael worked for Andy Kahn back in 2000 when Kahn was making our wines from Casa Cassara grapes.

It seems hard to believe that it has been 7 years since Casa Cassara opened our Tasting Room in Solvang. Bennie passed away a few years back and Bridget and I decided to take a trip to Italy to get back in touch with my roots. I came back with a new love for the Italian Varietals; so we added Sangiovese, Nebbiolo and Barbera to our growing wine list. Next I am working on getting some Nero d’Avola grapes for the 2019 harvest. Nero d’Avola is the grape that is grown most in Sicily and is very drought resistant so it should be a natural here on the Central Coast.

As you can see Casa Cassara Winery is alive and well; we have added some Port Style sweet wines to the menu and will soon have a bubbly as well. Along with the other changes we now have employees. Kevin, Mary, Sarah, Dan, and Dawn pour for us during the week, so Dan and Bridget are not in every day but you can still find us pouring on weekends and special events. Come by, enjoy a tasting or sit and have a glass of wine with us.  We at Casa Cassara will continue to bring you a quality product at a reasonable price from our family to yours. 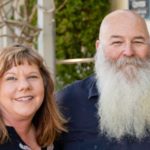